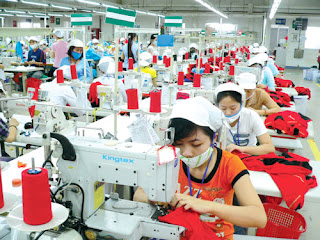 Over the past two years, the Vietnamese foreign investors re-positioned as a low-cost manufacturing center, which is to improve Vietnam's trade relations with the United States. But in April 2008 they signed textiles and clothing agreement in Washington, which seriously constrained the potential of Vietnam.


Vietnam's industry leader said that there has the only to be able to resume the export of power in Vietnam is Vietnam must join the World Trade Organization. The World Trade organization will abolish the quota system.


United States' textile and apparel import from Vietnam, the agreement provides for 38 categories, Vietnam's textile and apparel export is estimated to reach 1.7 billion U.S. dollars. In the next few years, the cotton quota will be increased by 7% per year; the quota for wool type project will increase 2%.


Vietnam's production company with pricing between the governments of the quota provisions in the fight, the Vietnamese Ministry of Trade appeared in 2009, the company can not allow conversion between the quotas of each other.


Some investors in the acquisition of additional quota to meet export orders to the European market, where demand has taken different measures. Some manufacturing companies are turning their attention to Australia, Japan and other non-quota markets. Other companies tried to shift production to the United States are not subject to quotas in the project, but U.S. demand for the products of these projects is not very big. Vietnam, an additional strategy is to use these limited quotas to produce high value-added, high-profit projects, exports to the U.S. market.